A short summary for physicists:

We are interested in all realms of theoretical physics, and our current research is sketched above. It involves non-linear responses of topological phases, anomalies in quantum field theory and their realization in condensed matter, and the dynamics of topological strongly correlated matter.

Our main research lines are

and we have other side projects including

To get an idea of my past research you can check my arXiv or Google scholar. I sometimes work on projects that are very related to experiment (like this one) but some are further apart (like this one). Some are more numerical (like this one) and some more analytical (like this one), but most are somewhere in between. I like the concept of Friday physics, where one explores slightly more exotic ideas, or fields that you wouldn’t normally explore. Some consequences of Friday ideas are this work and this work.

If you are interested in neuromporphic computing check out our SCHINES project with IBM in Zurich and the Max Planck Institute for the Physics and Chemistry of Solids, in Dresden. We are studying the potential of Weyl semimetals to solve connectivity problems with these technologies.

Condensed matter physics is to particle physics what sociology is to psychology. The collective behaviour of particles can be very different to their constituents. In real materials, there are a great number of particles (e.g. electrons), and when they interact with each other strongly they can lead to interesting emergent behaviour that is  very different from a single free electron.

There are many interesting examples. For instance, in superconductors particles pair up and cooperate (they are Cooper pairs!) and form the perfect conductor. In Mott insulators particles repel so much that they form an insulating state and don’t conduct at all. In Weyl semimetals electrons behave collectively as a fundamental relativistic particle (the Weyl fermion) that is yet to be observed as a fundamental particle.

It is in this context where my research is based. Nowadays we mostly study a particular type of emergent behaviour known as topological phases of matter. Maybe I will try to give my own explanation soon of what these phases are but a good description  can be found in the Nobel website (because some pioneers of this field were awarded the 2016 Nobel prize in Physics). What matters is that these are extremely robust states of matter, and thus, whatever property you can find in them, can be used (applied in technology) without worrying too much about losing it if you change the system slightly (e.g. adding dirt, defects etc). In a very precise sense, their properties are mathematically preserved! A typical analogy that people like is the property “number of holes” of a geometrical object: in a torus (a donut!) it cannot be changed easily (i.e. with smooth deformations) unless you do something drastic, like drilling another hole or breaking it. In fact, the number of holes is called a topological invariant: it cannot be changed by local, smooth deformations. So, sphere: 0 holes, donut: 1 hole, coffee mug: 1 hole. With this “topological”  classification (this just means we care about global and not local properties) we say that the donut and the coffee mug are in fact the same thing in the eyes of topology. They have the same number of holes and thus they belong to the same topological class.

For topological materials, this just means that there is something (a number that governs their response to external fields, like light) that cannot be changed easily (e.g. by adding dirt). They present quantised responses. For instance, in a normal metal, you apply an electric field, you get a current proportional to it. The proportionality constant is nothing special, and depends on which material you probe. In topological materials, there are quantities that do not depend on the specific material so long as it is in the same topological class. Typically these are insulators (topological insulators) and they have quantised (Hall) conductance or rotate transmitted light in a quantised manner. Both of these effects are linear: the response is directly proportional to the perturbation. Recently we found a nice example of a quantized non-linear response, and it happens in a special kind of metal known as Weyl semimetal (mentioned above). They respond to light by creating a current that does not depend on any material parameter so long as the material is a Weyl semimetal! (there are some symmetry restrictions, but not important at this point).  It is interesting because 1) it is a quantised response in a metal and 2) it is a quantised response that is non-linear in the perturbation.  Also, shining light and generating current is the principle of solar cells. This would not be a very good one, but certainly one of the most interesting ones! 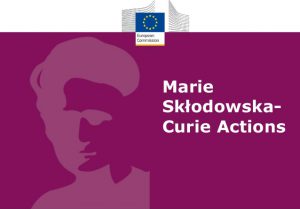 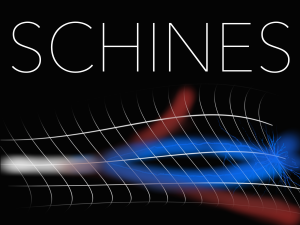